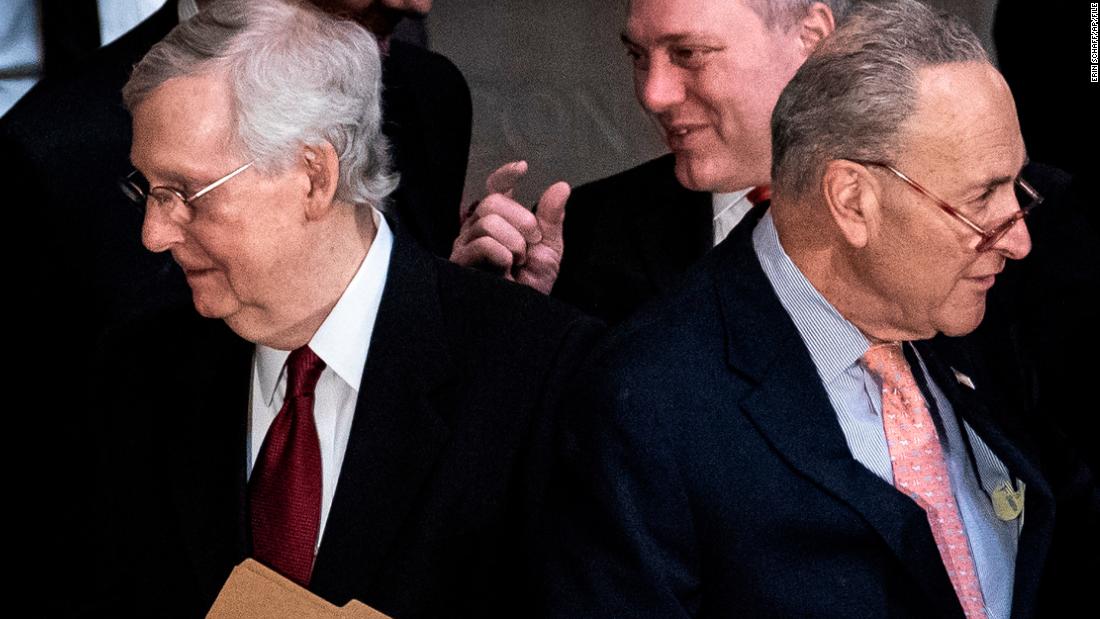 (CNN)Negotiations to secure a bipartisan deal on a far-reaching economic stimulus package moved ahead in the Senate on Friday amid dire fallout from the spread of the novel coronavirus, but key lawmakers signaled that major issues remained unresolved and talks would extend into Saturday.

The New York Democrat said, “I think it’s a big, complicated, huge bill and tonight — I would hope we could come to agreements tomorrow, but of course we also have to include Speaker Pelosi in everything.”
A source involved in the talks told CNN that Senate negotiators were now not expected to announce a stimulus deal Friday night but that the talks have moved in a positive direction and would continue into Saturday.
The source said Senate staff would begin drafting bill text Saturday and “we’re going to keep at the discussions while participating in reviewing and refining bill text.”
A GOP leadership aide confirmed the progress and that there would be no deal Friday night, adding that the bipartisan groups would “continue to work through the night.”
But Republican Sen. Chuck Grassley of Iowa said late Friday that the talks had ended for the night and would resume Saturday morning with three to four issues still outstanding. Grassley said they were matters for his own task force on the bill, which is handling “tax and relief issues.”
The other task groups are near consensus, according to White House Legislative Affairs Director Eric Ueland, who also said Senate Majority Leader Mitch McConnell has set a deadline of Saturday afternoon for the groups to complete their work.
But underscoring the divide between Democrats and Republicans over legislative priorities, House Speaker Nancy Pelosi of California called the Senate GOP proposal unveiled on Thursday a “non-starter,” in a letter to House Democrats on Friday.
She indicated, however, that House Democrats are talking with senators, saying that House committees are “engaged in conversations with the Senate about provisions that could be added to improve the Senate bill.”
A group of bipartisan senators and administration officials had been racing onFriday in an attempt to meet a midnight deadline to agree on a stimulus package that is likely to grow significantly larger than the original $1 trillion Republican proposal laid out to help the country battle the coronavirus and assist struggling workers and businesses in getting back on their feet.
After multiple morning meetings, senators in each party suggested earlier in the day that a deal was possible, but said there was still plenty of work to do and problems to solve.
McConnell took a key procedural step Friday night to pave the way for a final vote, setting up a Sunday vote to end debate and a potential Monday vote to pass the final package. 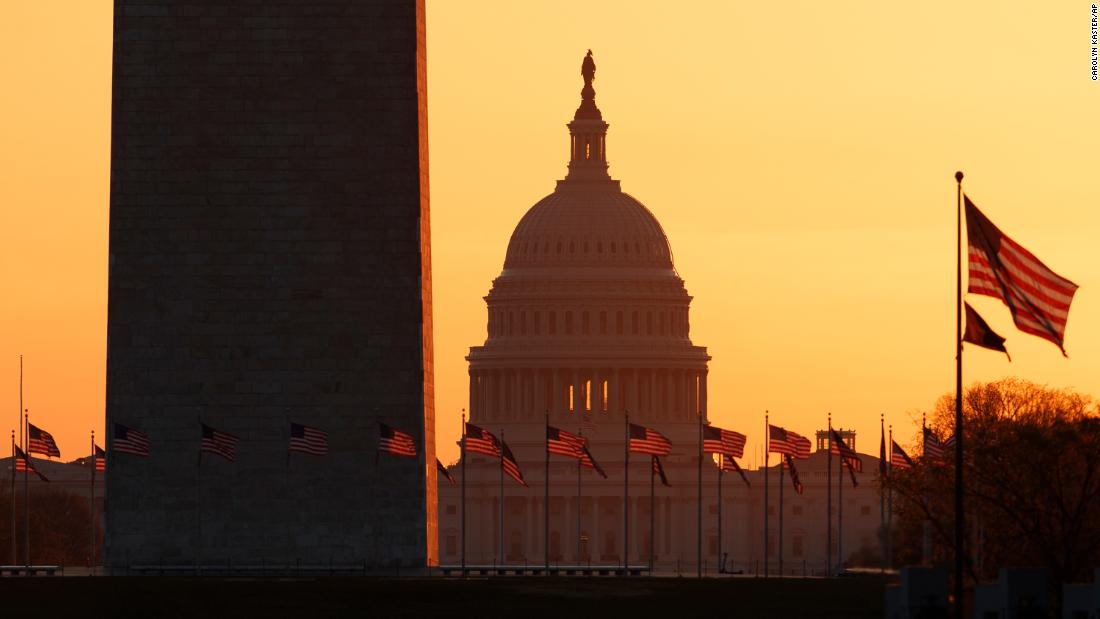 For now, though, negotiations continue behind closed doors on the $1 trillion-plus package.
McConnell and Treasury Secretary Steven Mnuchin briefed President Donald Trump on Friday night about the emerging stimulus plan, two sources told CNN. It was a positive conversation, one of the sources said.
McConnell assigned task forces to tackle individual parts of the stimulus bill. They met behind closed doors in various offices in the Finance Committee’s suite in the Dirksen Building. Senators left those meetings shortly after noon to attend their caucus lunches while staff members stayed behind to draft language.
The lawmakers returned Friday afternoon to finalize their sections. They were then to turn them over to McConnell and Schumer, who must hammer out a final agreement.

Issues that remain outstanding in negotiations

Among the most complicated issues still outstanding is how to overhaul the unemployment insurance system to deal with the growing number of Americans filing for unemployment and boost the amount of money available for the newly jobless.
Also, negotiators are still haggling over how to structure a pot of money for states — known as state stabilization funds — to dip into as their fiscal situations worsen.
Labor Department officials initially didn’t think it would be technically possible to implement the Democratic proposals to funnel money to the states through their unemployment insurance systems. But the Labor Department now says it has come up with a way to make sure it can work, according to Senate Minority Whip Dick Durbin.
“I’m not optimistic but I’m not pessimistic at this point; conversation is positive on a lot of good fronts,” the Illinois Democrat said. “There’s still some things that need to be worked out that could be deal breakers, so it isn’t over.”
Durbin added, “What we’re trying to do is to make sure that’s it’s not just one and done. That you get this nice check, and you’re finished. (We want to) make sure that if you’re in a predicament where you’ve lost a job, that you are going to have continuity in your compensation over the next several months or more.”
Republican Sens. Marco Rubio of Florida and Susan Collins of Maine, who are the lead negotiators on the small business provisions, said they were close to an agreement with their Democratic counterparts on their section. And Senate Health, Education, Labor and Pensions Chairman Lamar Alexander said that on the issues he was negotiating, he was close to a deal with Sen. Patty Murray of Washington state, the ranking Democrat on the committee.
“We should be able to agree to most of our items in principle by tonight,” the Tennessee Republican said.
Sen. Roger Wicker, a Mississippi Republican who chairs the Senate, Commerce, Science and Transportation Committee and is negotiating over tens of billions of dollars in loans to the airlines, said he was close to a bipartisan deal on his area as well: “We have a framework on a lot of them,” Wicker said. 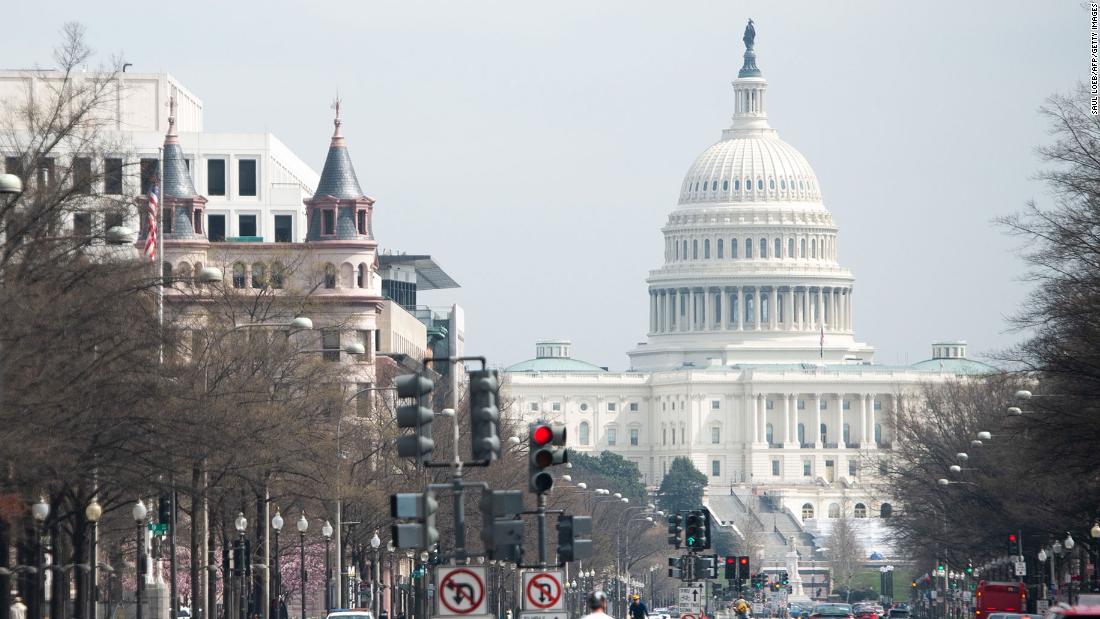 Also in the talks are Mnuchin, Labor Secretary Eugene Scalia and Larry Kudlow, an economic adviser to Trump.
As he left a meeting, Kudlow was upbeat: “Very good attitude. The children are playing well,” he said.
One thing that has become clear, as negotiations continue, is that the final cost of the package will be well north of $1 trillion. It’s something Ueland nodded to when asked about that by CNN.
“We understand the potentiality of the deficit impact, but the deficit impact is not a barrier for the need to act on behalf of the American people,” Ueland said. “We are looking for the swiftest, largest impact to the American economy, for the American people, on the President’s instruction. That’s what we’re trying to deliver here.”
This story has been updated with additional developments Friday.
Prev Article Next Article