President uses TV speech to criticise disinformation about fire crisis, saying it cannot be used as pretext for sanctions 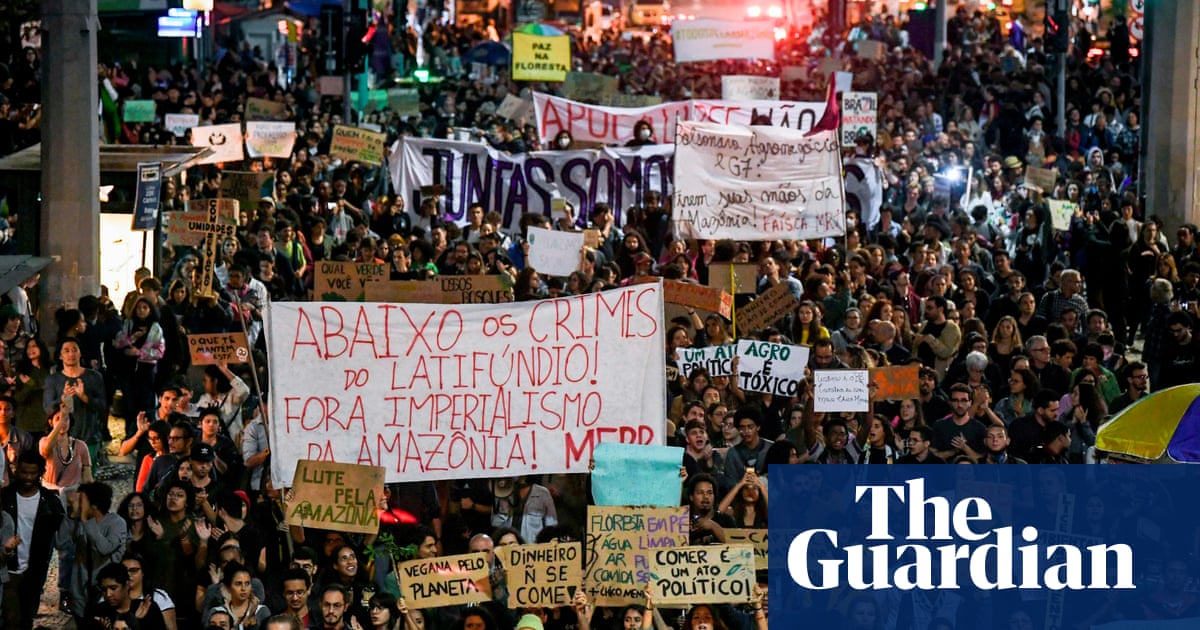 Brazils far-right president, Jair Bolsonaro, has professed to feeling profound love and respect for the Amazon as fires continued to rage in the worlds biggest tropical rainforest and criticism of his environmental policies intensified.

In a televised address to the nation met with pot-banging protests in several Brazilian cities Bolsonaro said he was not content with the situation in the Amazon and was taking firm action to resolve it by deploying troops to the region.

But the rightwing populist played down both the significance of the forest fires that have mushroomed into a major political and environmental crisis as well as his administrations responsibility for it.

Forest fires exist in the whole world and this cannot serve as a pretext for possible international sanctions, Bolsonaro said in his brief, scripted address.

Forest fires are an annual occurrence in the Amazon region about 60% of which lies in Brazil. But experts and campaigners blame the scale of this years blaze on the green light they believe Bolsonaro has given to those who wish to destroy the rainforest.

Bolsonaro hit back at such criticism in his Friday night address, claiming the spreading of disinformation inside or outside Brazil would do nothing to solve the Amazon crisis.

Brazil is an example of sustainability, he claimed, as the Amazon state of Acre became the latest to declare a state of emergency because of the wildfires. It is our duty to protect the forest. We are aware of this and we are taking action to fight illegal deforestation and any other criminal activities that put our Amazon at risk, Bolsonaro added.

We are a government that shows zero tolerance to crime and it will not be different when it comes to the environment.

Marina Silva, Brazils former environment minister, told the Guardian it would take more than propaganda and words in the wind to solve the Amazonian environmental emergency caused by Bolsonaros policies.