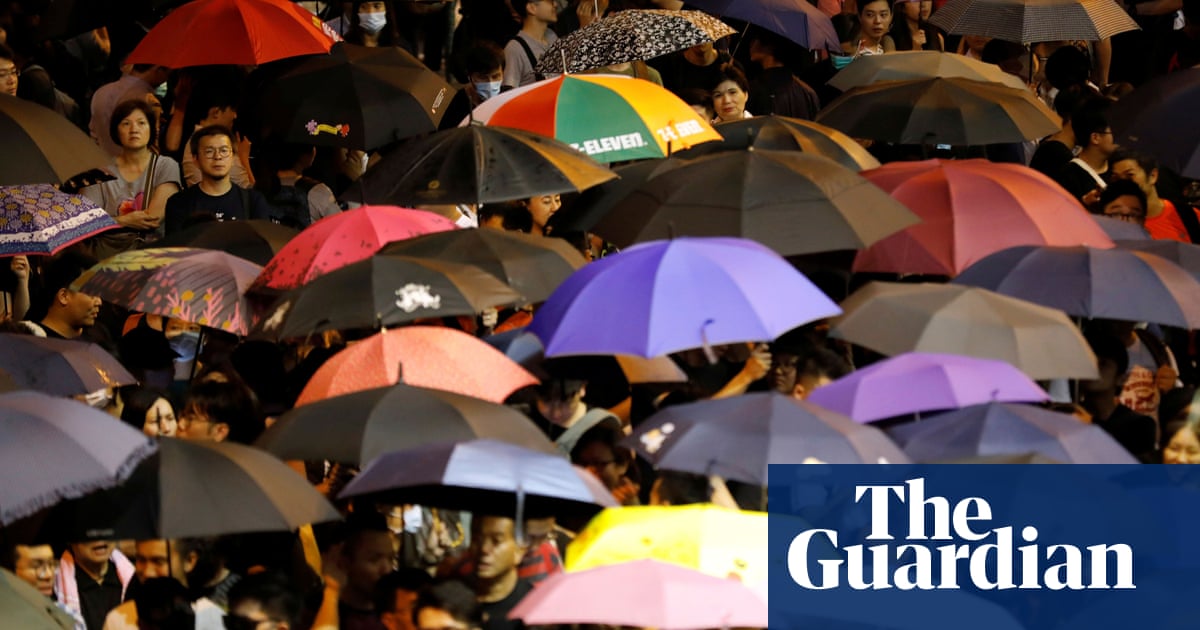 Thousands of civil servants in Hong Kong have protested against the government in a rare display of defiance as the city braces for four consecutive days of mass demonstrations.

The public servants, who are normally politically neutral, defied a government order to remain totally loyal to Hong Kongs leader, Carrie Lam, and crowded into a public park near government offices.

An hour after the event had started, people were still streaming into the park, many dressed in black and some in masks to conceal their identity.

Cheung Ka-po, one of the organisers of the rally, told the crowd: In the face of right and wrong, if we stay silent we betray our duty. The crowd yelled: Hong Kong people, go! Hong Kong civil servants, go!

In a separate rally, hundreds of medical workers called for the release of a nurse who was arrested for tending to protesters hurt in clashes with police.

Large-scale protests are planned for Saturday and Sunday and a citywide strike has been called for Monday. It will be the eighth weekend in a row of anti-government protests.

Seven men and one woman between the ages of 24 and 31 were arrested. They included Andy Chan, the founder of the Hong Kong National party, which was banned last year. Dozens of protesters surrounded local police stations from Thursday night into Friday morning, chanting: Free the martyrs!

In a separate operation, a family of three were detained on suspicion of possessing explosives after police raided an apartment and seized partially made smoke bombs.

Police also said on Friday that another seven men had been arrested for unlawful assembly connected to the Yuen Long attack on 21 July. None have yet been charged.

Forty-four protesters have been charged with rioting, a crime that carries a penalty of up to 10 years in prison. Critics say authorities are using harsher measures in an attempt to intimidate demonstrators.

The political crisis in Hong Kong has deepened in the past few weeks after almost two months of protests that began over an extradition bill that would allow suspects to be sent to mainland China. The focus has now turned to the authorities and the police after the attack on commuters by suspected triad members in Yuen Long.

Beijing has intensified its accusations that foreign countries are fanning the fire of unrest in the city. On Thursday Chinas top diplomat, Yang Jiechi, ordered the US to immediately stop interfering in Hong Kong affairs in any form.

On Friday Xie Feng, the commissioner for the foreign ministry in Hong Kong, called on foreign forces to withdraw their black hands and stop interfering with Chinas internal affairs.

Donald Trump has abstained from commenting directly on the demonstrations, referring to them as riots, using language also employed by Beijing to describe the mass protests, many of which have been peaceful.

Somebody said that at some point theyre going to want to stop that, the US president told reporters, referring to Chinas potential response to the crisis. But thats between Hong Kong and thats between China, because Hong Kong is a part of China.